How I went from dreaming of rock stardom to announcing the Olympics, directing Walla loop groups, and voice coaching on movie sets

Before I lent my voice to cartoon and anime characters in shows like My Little Pony and Ranma, before I became a Walla director and voice coach on film and television sets, and before I landed the coveted role of announcing the 2010 Winter Olympic Games, I was a 16-year-old girl with a dream.

I wanted to be a rock singer

I decided a formal education in music would help me get my voice heard. After graduating from the UBC School of Music, I went off into the world to carve my own path – one that included singing in a Japanese nightclub, joining the Canadian Military (15th Field RCA) to be the lead vocalist for its 45-piece big band, performing in live theatre productions, and being part of the most sought-after ticket in the Jewish wedding and bar mitzvah circuit with the Klezmer-fusion group Olam.

But then I discovered the crazy, behind-the-scenes world of Walla/ADR voice over work

It was in this world that I met and worked with some of the funniest people I know, and where I was introduced to voice over work through a host of Anime bookings, from Matilda Arjan in Mobile Suit Gundam to the Water Goddess in Inuyasha. This led to more and varied cartoon and commercial gigs and eventually a career highlight: announcing the 2010 Vancouver Olympic and Paralympic winners at Whistler Medals Plaza.

And I learned this is something I’m not only good at, but that I can teach others

While I continued to work as a voice artist I also launched myself into teaching, coaching and directing. I cast and direct Walla teams for series such as MOTIVE (CTV) and Dirk Gently’s Holistic Detective Agency (Netflix), and have recently taken on the role of vocal and performance coach on movie and television sets like A Series of Unfortunate Events (also Netflix). Throughout this time, I’ve remained active in live theatre, performing in musical productions throughout the Lower Mainland and on Vancouver Island and working as an instructor in the School of Performing Arts at Capilano University.

So here I am, almost three decades later – still gigging, still teaching, and still occasionally dreaming of being a rock star.

Here’s What Sylvia Can Do For You… 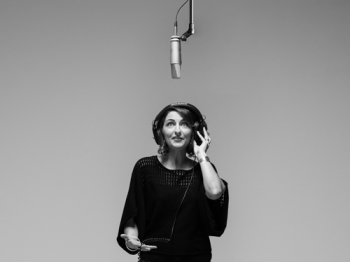 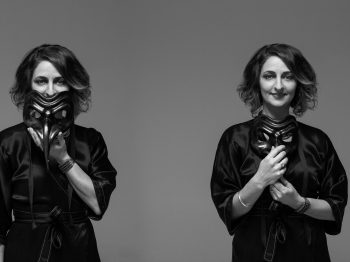 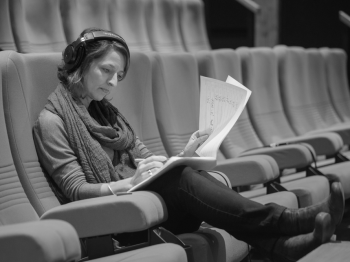